Found a very nice large laundry hamper sized wicker basket this morning. When I pulled it out, I assumed there would be a broken spot, or at least the wicker pulling out somewhere. But no, it’s in perfect condition. Beautiful.

But what’s really got the fire going under my kettle is the grapefruit tree!

First I walked past the lemon tree on the corner, as I always do after windy weather, to check for fallen fruits. Counted five, but left them to pick up on the way back. Then I was thinking about the Satsuma tree at the end of the street, thinking I’d better go ask them about picking a bunch for juicing. I’m not terribly fond of the fruit as is, it’s too plainly sweet for me, but I love the juice when mixed with a smidge of lemon to spice it up.

I was thinking to myself as I walked, ‘Okay, local foraging so far– lemon tree? Check. Mandarin tree? Check. Hmmm… What I need now is a grapefruit tree…” And I kid you not, two minutes later, there it was! I have walked past it dozens of times and never seen it. But suddenly, like a beacon on a dark citrus sea, it shone bright to my eyes.

There were several fruits on the sidewalk beneath the overhanging branch. A few had split in the fall, and were buzzing with fruit flies, but three were whole and good. As I bent over to pick them up, I saw under the tree’s branches into the yard of it’s owner. Of course, a dozen more grapefruits under the tree on the other side of the fence. But also– a lemon tree. A banana tree. And a pitchfork stuck in the ground. I need to meet these people!

I’ve long had a soft spot for ruby red grapefruit, and I don’t think it’s just because of Rita Mae Brown’s book. The first time I loved a grapefruit I was 19 years old, on a mountianside in Iceland. My traveling partner and I had just discovered dumpster diving, and one of our treasures was a grapefruit, which we took on a hike with us up the mountain for our lunch. When we bit into that grapefruit, it was a revelation. It was so sweet! And sour and feisty and delicious. At the time I didn’t know why it was so much better than any grapefruit I’d ever had. But I’ve since realized that, before that day, I’d never eaten a ripe grapefruit. Being from Alaska, you pretty much can’t buy a ripe grapefruit. Because by the time they’re ripe, they feel soft and old, and the produce guy throws them into… you guessed it, the dumpster. The best grapefruits I’ve ever eaten in Alaska (or Iceland) were out of dumpsters.

So, I should let these beauties sit on the counter until they’re nice and soft. But you know I’m not going to be able to resist cracking at least one open for my brekky. Bon appetit! 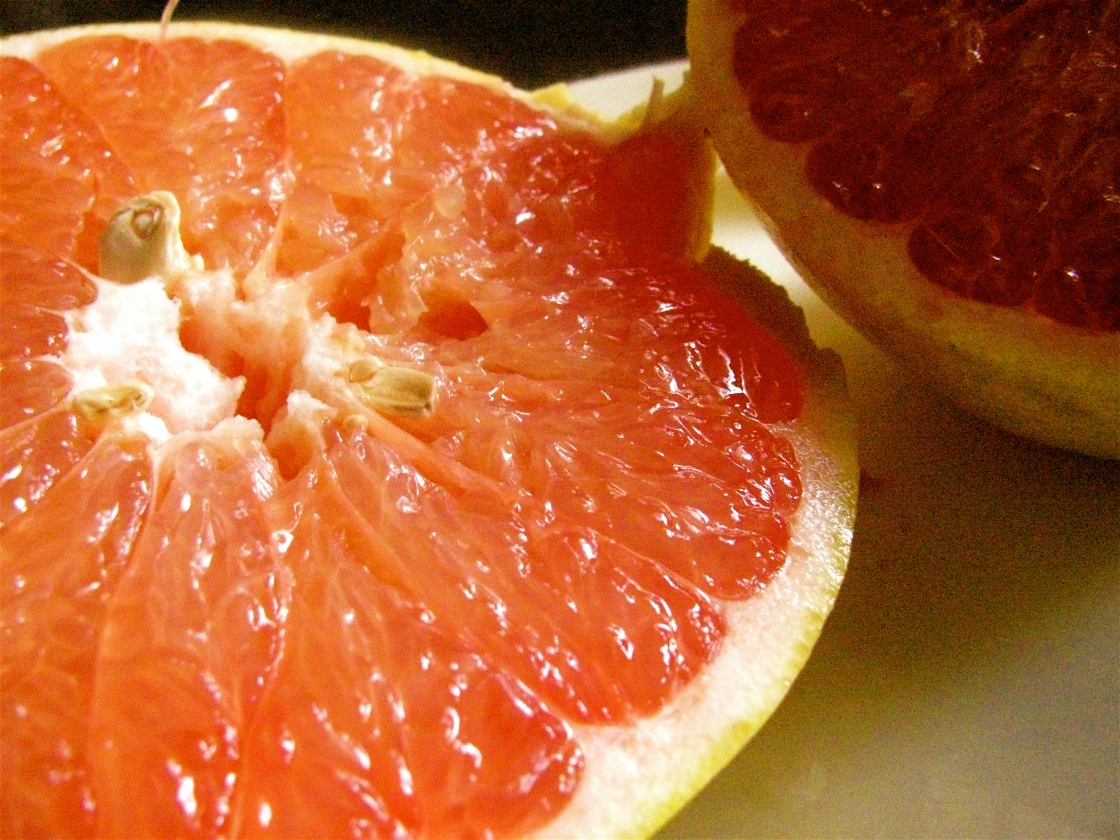