Ever been sprayed in the face with poopy water? If not, here’s how!

I installed one of these toilet sprayers last week, for rinsing poopy diapers. First warning: be careful how you use it. Make sure you’re spraying down at the diaper. Not perpendicularly. FYI. 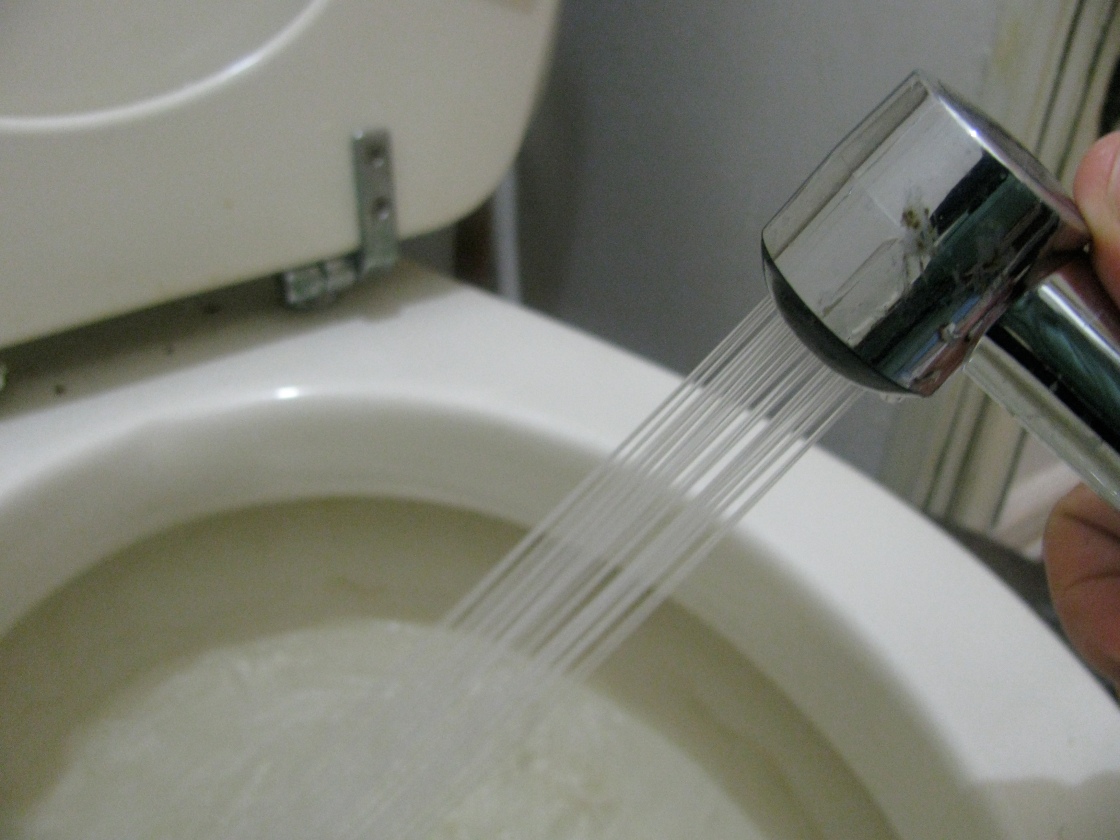 It was almost $50, and I really debated whether to buy it. But a neighbor had said she had one and it was the bomb.

Well, the thing is, you have to deal with the poop somehow, and no way is any fun. When they’re nursing babies and their poop is so runny and innocuous, I just throw ’em straight into the washer, they come out clean, and I don’t worry my pretty little head about it. But then when they start to eat real food, and there’s The Chunks, this simple method fails.

That’s when I switched to the bucket soaker method. Just keep the poopy ones in their own bucket, then soak for an hour or so before fishing ’em out and throwing ’em in the washer, shaking off most of the poop back into the bucket as you do. But who can like that job? Which of course has to be done every two or three days. Ick. I mean, I consider myself pretty hard to gross out, but, ewwww, gross out.

So, I thought this sprayer might solve all my problems. Of course, it doesn’t. It is still poop. Spraying it off into the toilet is not as easy as it sounds for mature toddler poop. It takes a fair amount of water, and a definite facing of the fact.

But, it is better than fishing around in a bucket of poop water, I guess. So… If you’ve got $50, I’d say go ahead.

It was pretty easy to install, except that the existing hose was so old that the gasket was all but worn out, and when I re-hooked it back up and turned the water back on, it leaked. So I had to go out and buy another gasket. But, that’s not the fault of the sprayer. It was one of those fun projects that makes me feel like I’m a real Handy Lady. 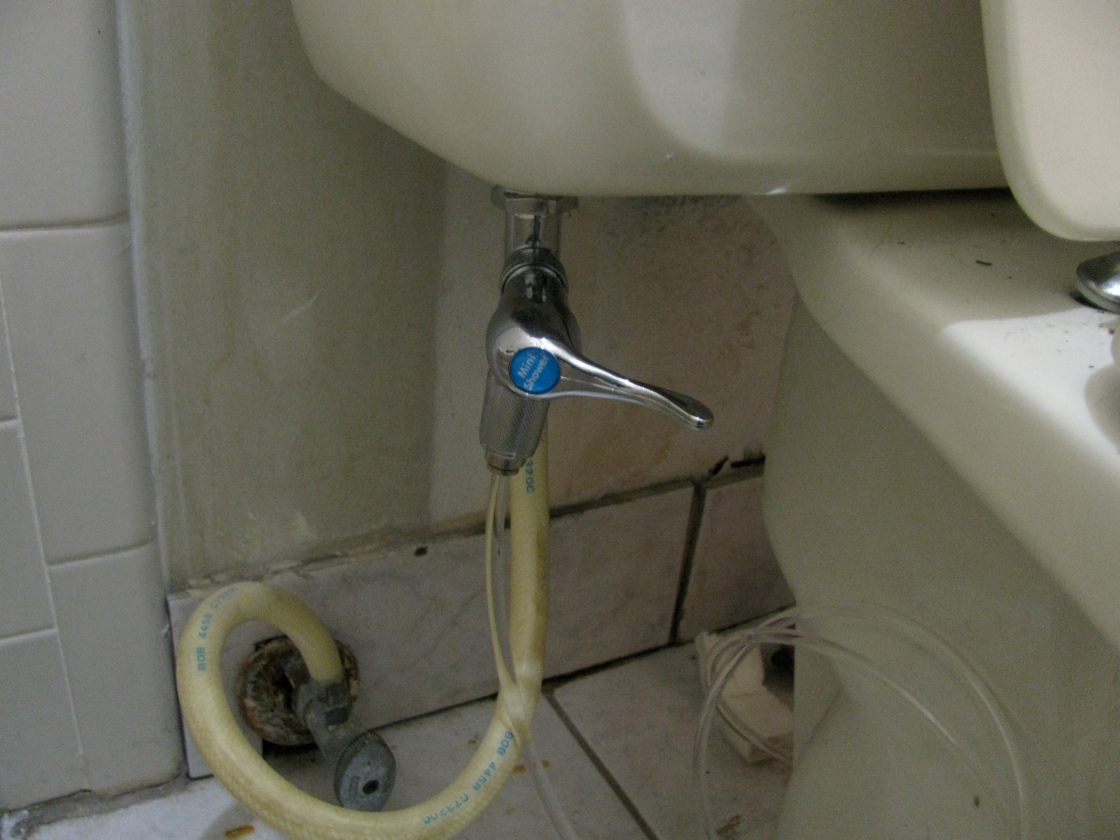 On the box it said one of the uses was to “save on toilet paper.” I guess you can use it like a bidet.

I’ve never used a bidet before- maybe I just don’t know how it’s done. But I did try it out, and I can say, what the f**k? How is that s’posed to work?

One thought on “Washing Diapers, or Pushing Your Poop Boundaries”