My little girl budded into the world of solid food two years ago with a passion. She surprised us and everyone around with her adventurous palate. It’s not that she wasn’t picky, there were plenty of things she wouldn’t touch. Pureed baby food, for example. In fact, when we first started trying to feed her, we thought she didn’t like to eat. It took me months to come around to what my own parents had done, simply mashing up whatever we were eating for her. Suddenly an appetite was born. 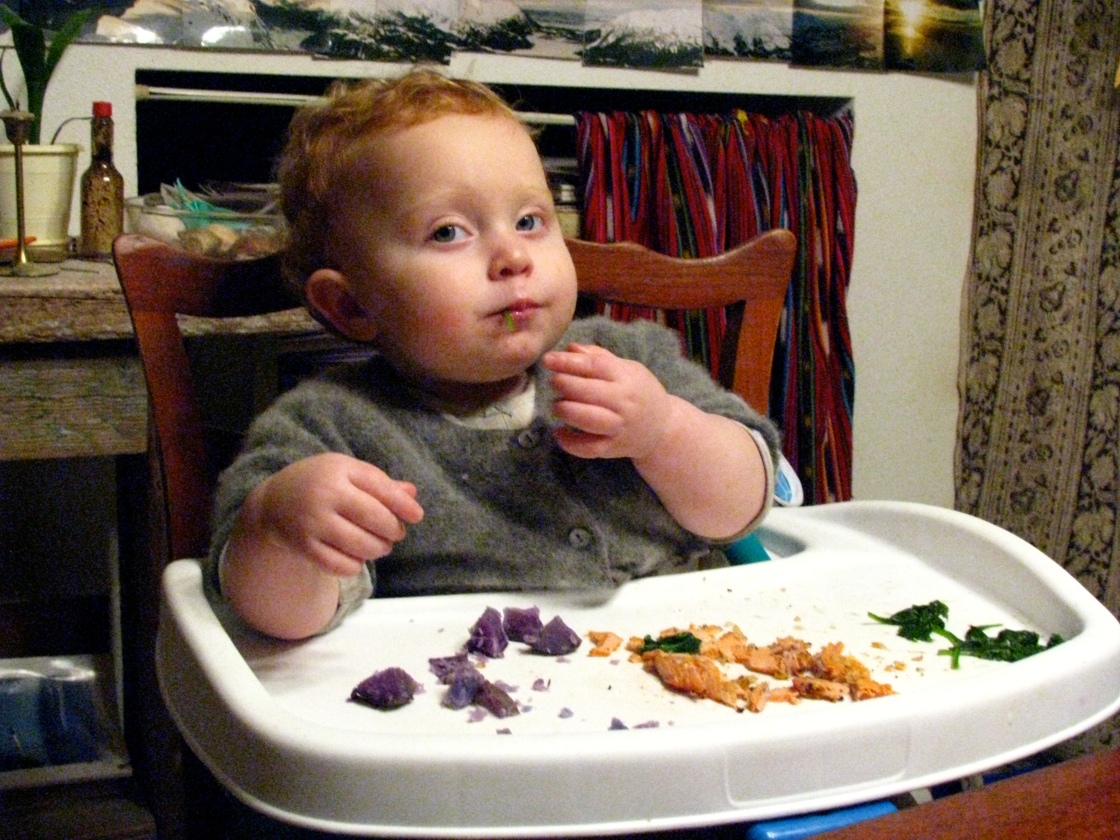 She was particularly interested in strong flavored foods during that first year. The opposite of what I had expected. There was an episode with pickled ginger. How much pickled ginger would you let your 14 month old eat? She would steal raw onions off the cutting board. Once at the grocery store I looked over at her and she had grabbed up a head of garlic, bitten through the skin and was eagerly sucking away.

She would eat most things, though certain textures put her off. She seemed to love licking the vinegar and oil dressing off my salad, but then always spit the mangled leaves back out. Until she got her full set of molars, then she started stealing the salad off my plate in earnest. Cooked kale she adored. She could eat as big a pile as mine, and I can put that stuff back!

I knew my time was limited. I knew I’d better enjoy it while I had it. And as someone who worships food from every angle, I did enjoy it. My little girl. Scarfing a pile of kale and fish. Ahhh….

As she grew up, predictably she lost her zeal for the more adventurous foods. She still likes to nibble onion tops whenever we’re at the garden, and can occasionally eat coleslaw to the point of indiscretion. She’s still a “good eater” relative to many or most 3YOs. But she favors starch and protein over vegetables, and granola over everything else.

My tactic is mostly un-interference, as much as I can restrain myself to anyway. I do believe that kids know what they need to eat more than we give them credit for. One day she might eat all fish at dinner, the next all rice, the next day she might refuse to eat anything but frozen blueberries.

I can’t help but try to prod her to at least take a bite of everything on her plate, but I never push the issue. When there is candy around, oh evil addictive morsel of pure energy, we get wrapped up in the seemingly inevitable “If you eat _____, then you can have ______.” A situation which I hate, and otherwise try to avoid. I want her to eat her dinner because it’s good, and she’s hungry. Not as a means to get something ‘better.’

Although she generally eats at least one healthy meal a day of whole grains, fish or meat, and I know I should just thank my lucky stars, I can’t help but feel she should be eating some vegetables. And so I have lately stooped to the level of trickery to get trace quantities of vegetable matter into her little belly.

These beet pancakes were inspired by the book Good to the Grain. They’re now a staple in our house, we call them Pink Pancakes. I never attempt to hide the fact that they have beets in them, she has yet to require that kind of deception, but why not play up the pink-ness when you’re dealing with a 3YO girl? I boil a bunch of beets, peel, puree in the food processor, and freeze in apx 1/3 cup portions. (I got a silicone muffin tray at a garage sale ages ago which I also use for freezing stock and tomatoes. Once frozen the little discs pop right out and can be stored in a zip-lock. Very handy.)

I use 100% whole wheat pastry flour in my pancakes. They may not be as big and fluffy as white flour cakes, but I continue to be impressed at how fluffy and delicious they are. I seem to have memories of leaden whole grain hippie pancakes that made you feel righteous but bloated. These are not they. 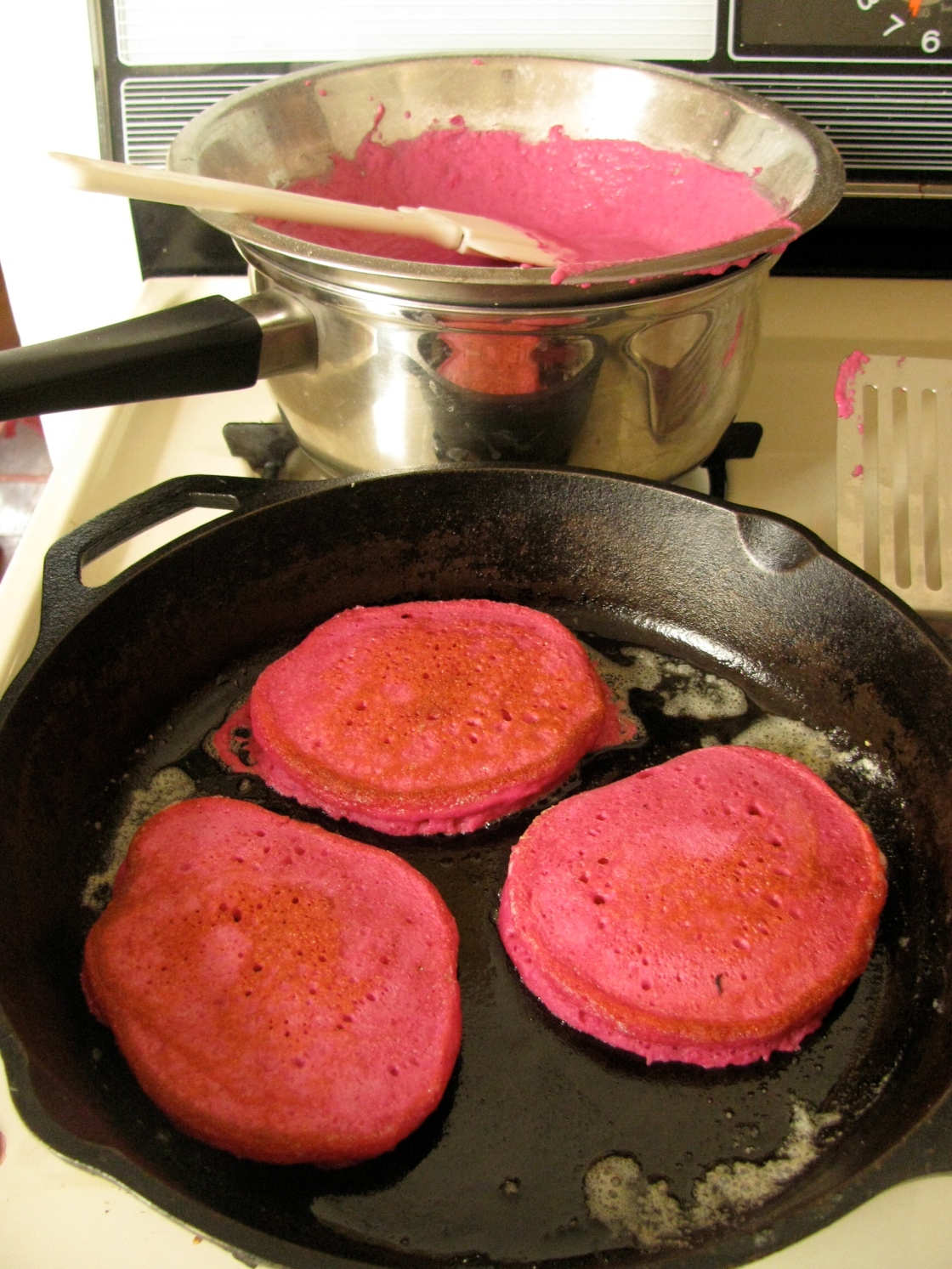 makes enough for one big mama and two little bitties

Whisk all the wet ingredients together. Dump the flour on top and measure the other dry ingredients onto it, mixing in a bit. Whisk the lot together, adding more milk if necessary to make the batter to your liking. I like it a bit thick.

Whole wheat pastry flour is naturally low in gluten, so you don’t have to worry about over-beating.

I finally came around to frying my cakes in a very generous amount of butter. It makes the edges just so gloriously crisp-ilicious. I compromise by not putting butter on the finished pancake. A little syrup is all it takes to finish them off. I also, after years of efficiently cooking skillet sized cakes, gave in to three small cakes/pan load, to maximize that scrumptious edge. A little more work, but a much better pancake.

Now, if pancakes aren’t yer bag, how about green eggs and ham? Whiz a little spinach up with the eggs, and fry away. 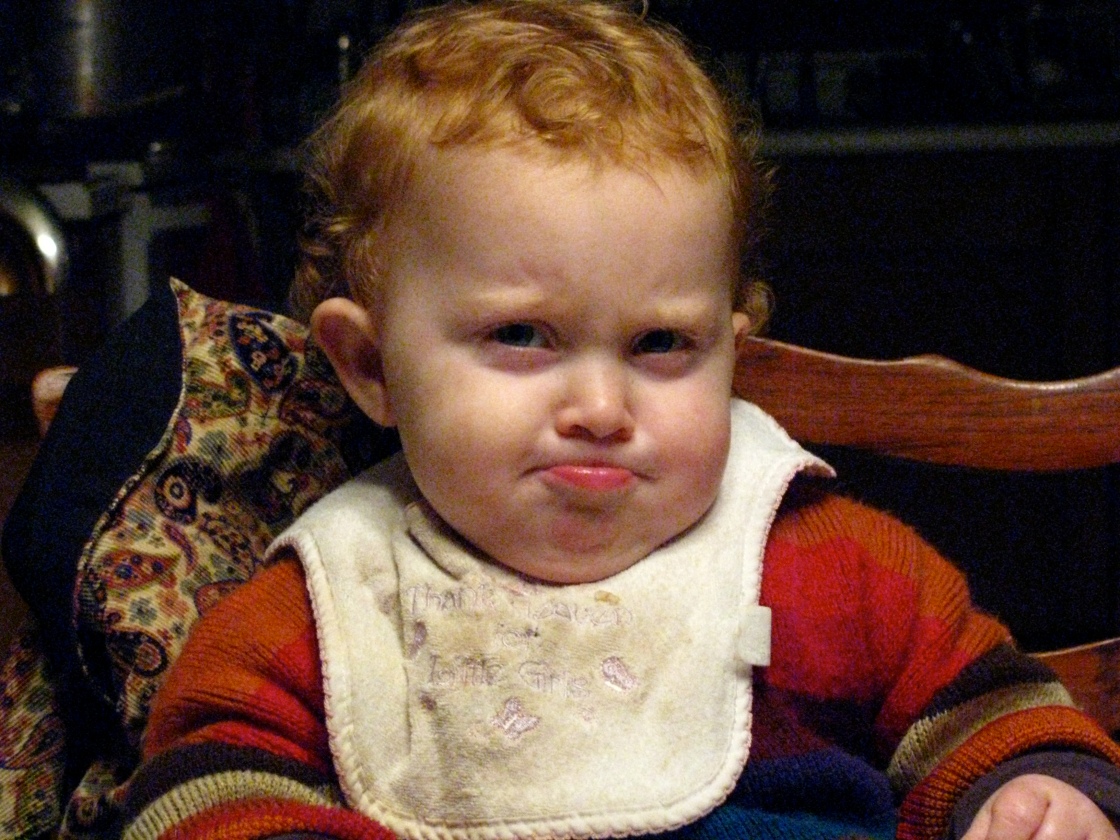