Here I am. End of the week. Projects half done all over the place. Just like me. I can’t seem to knock it off with the thinking I can do it all. Which always ends in disappointment, disillusionment, and the ironic dissolving of my energy to finish anything.

But! If I can just remove myself from the stupid disappointment of not being able to achieve the impossible, it was a great week! I got plenty of good shit done and managed to squeeze in some quality goofing off time.

And of course, I got chickens. 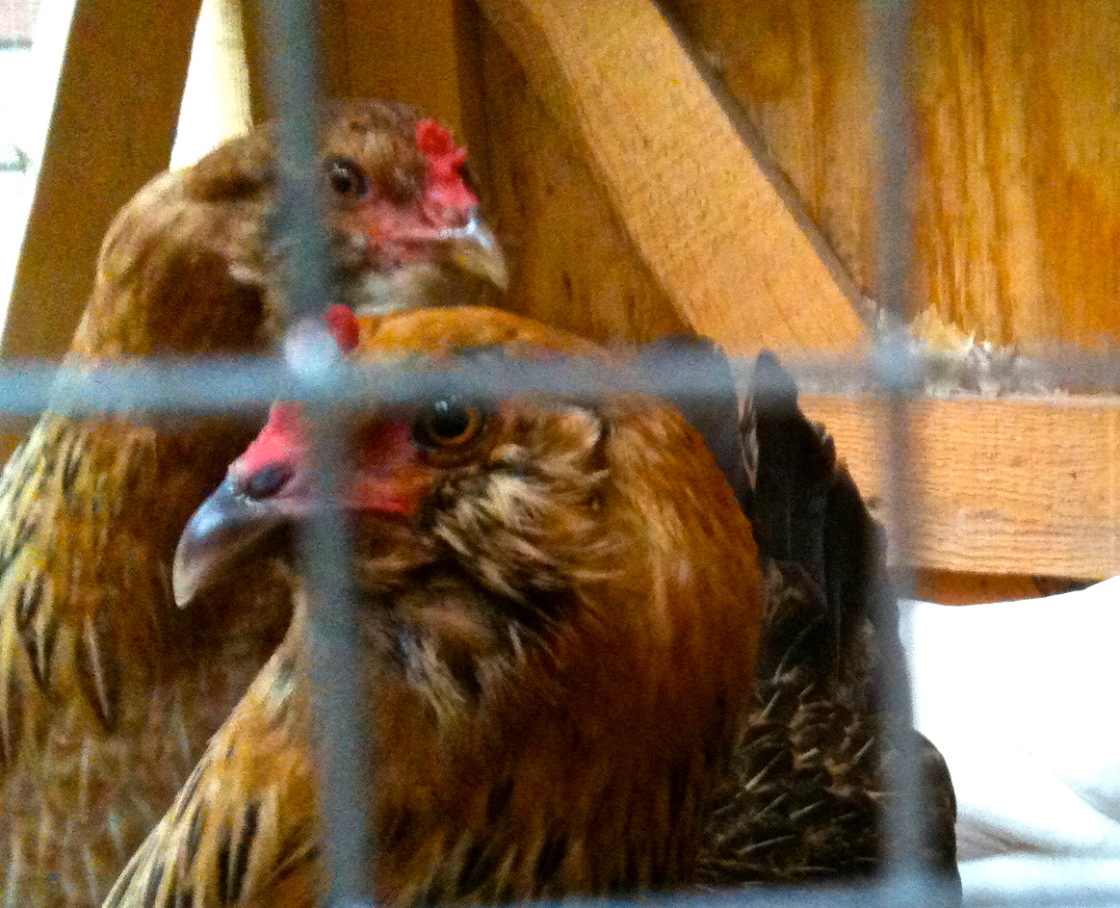 After finding those crates on Mother’s Day I went from absolutely having decided against it, and joyfully starting a zine instead, to diving head first off the cliff of chickens in about 4 hours. Within 72 hours, I had hens in a coop. Those crates really did make the job so much easier, I can’t believe I was considering building a coop from scratch. I’m pretty happy with how it turned out, though time will tell if my shoddy methods will come back to haunt me. My first coop in Alaska, I built to last for years, and it took me a week. This coop I built to last a single year, and it took me about 10 hours, including 3 hours to go buy materials. Purty quick like. I hope I don’t regret it.

Do. Hold off I mean.

I’m pretty happy about my own caving in, but it makes a huge difference that I’ve had chickens before. I was delighted to find that the components of a coop were already set up in my mind. How wonderful to have gained knowledge! And then it’s there for you, like opening a book but easier. Not that I know much about chickens, don’t misunderstand. I had one batch, for about a year and a half. But I already did all the careful planning and consideration of feeder, waterer, roosting pole, nesting box, bedding and access.

If these 4 ladies, at 7 months they are in their absolute prime for laying, give me 2 dozen eggs/week, that adds up to 100 dozen over the year. At the farmer’s market price of $4/doz that’s $400. Assuming there are no more unforeseen costs (extremely unlikely) and that I’ve estimated feed costs right, I’ll save $150. Not much considering the work of setting up the coop, the work of maintaining it, the daily chores, and the fact of being kind of tied down by high maintainance pets.

Speaking of pets, I think this is a good time to rant a little about fads. Keeping chickens has become a fad, no doubt about it. In the course of it’s fadishness some important facts seem to have been lost. Most critically the fact that chickens only lay enough to pay for their feed for about 2 years. They live for 8-10 years, sometimes as long as 20! Before anyone gets chickens, they need to consider this very seriously. They do continue laying, but it really tapers off. So, will you get new, young hens to keep up the egg production? To do some simple math, say you get 4 hens for an egg production of 2 doz/week. If you keep on the older ladies after their production drops off, and get 3 fresh young things every two years, in 8 years you have built a flock of 16 chickens! While still only getting probably about 2 dozen eggs/week.

Of course, unless you have a big farm, and they feed themselves more or less, this can’t work. To have produce eggs in an urban or suburban yard, you will have to kill chickens. If you treat your chickens like pets, how will you feel about killing them after their two years of service?

Honestly, I have mixed feelings about it myself. I have fully wrapped my head around killing wild animals for meat, but farming, with it’s indentured servitude, I have not. Use them for their reproductive services, then kill them off? Deep breath.

The thing is, we eat eggs. We buy eggs. It’s me or someone else, so might as well be me. I guess.

But if you have a good farm source for eggs, there’s really no ethical imperative to do it yourself. The Goat Man, at the farmer’s market, I bet his chickens got it at least as good as mine, maybe better. Certainly better than many urban chicken set-ups which are sometimes just a glorified dog kennel.

My main persuasion was scraps. Have you ever had a compost pile and then not had a compost pile? Did it hurt every time you threw food scraps into the trash can? I think like composting, once you have chickens you can never really go back. It kills me to throw good food away. Even when ‘away’ is the compost bin. Even when ‘good food’ is just carrot tops or two tablespoons of leftover oatmeal. After having fed those scraps to some happy hens, and had them turn it into both compost and eggs, I just can’t go back. It’s ruinous.

And for my one of the greatest part about having chickens is the way it closes a loop. Of course I still feed them store-bought stuff, and plenty of it. But any amount of home scale recycling is just deeply satisfying to me. Feeding the hens carrot tops from my garden is almost as satisfying as collecting the eggs, seriously.

So no, we will not be naming our ladies. I will love them, in my way. And then when it’s time to head back to Alaska in a year, if I can’t find a new home for them, I’ll kill them and eat them.

Love is a many splendored thing.

5 thoughts on “The Deed is Done”