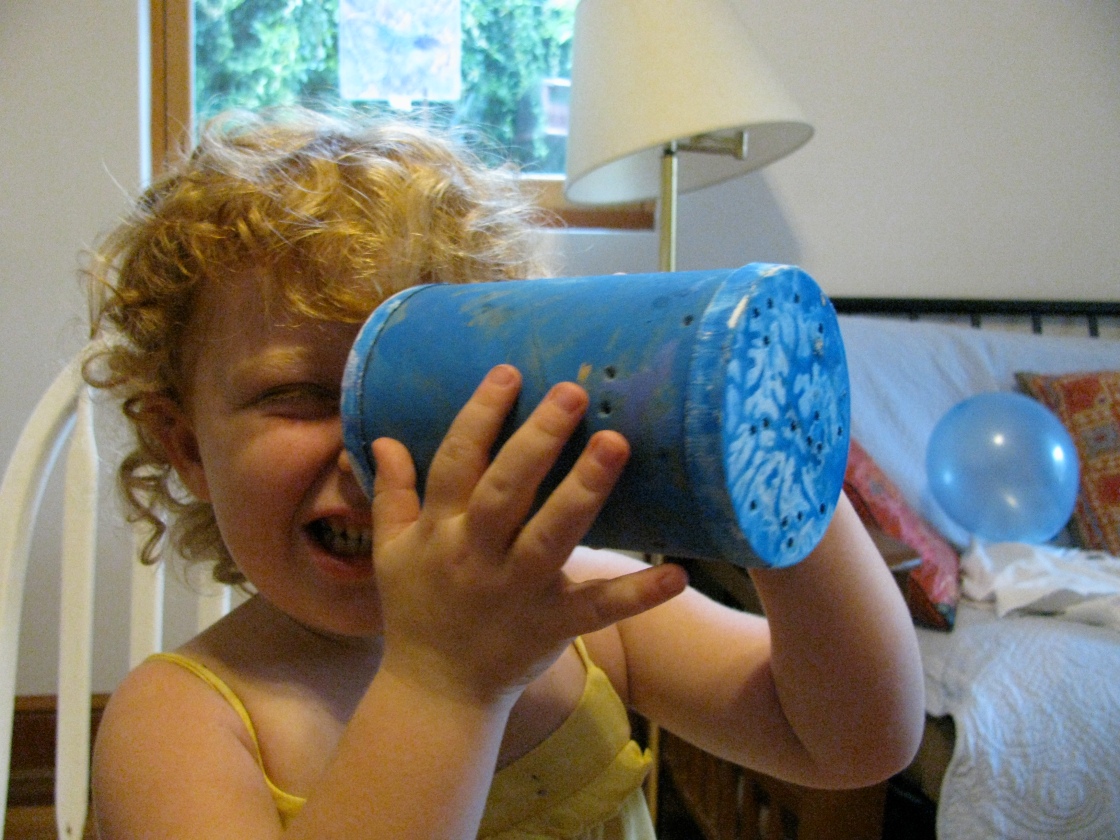 Some time back, after shaking the last bit out of a salt canister, I had a brainstorm. I looked at that big cardboard tube and thought, planetarium! We got right to it, poking star holes with the pointy end of a candy thermometer, removing the metal spout to make a peep hole and lastly painting the whole thing night sky blue.

I finally stood back with pride while my girl squinted up one eye and gazed into her private galaxy. And then it hit me.

I looked at a salt can and saw a galaxy tube. My brain thinks in scissors and paint, my house is littered with toys in every room, the walls are plastered with children’s drawings, I stroller my kids to library story-time every Tuesday morning, and I almost always remember to pack a variety of wholesome snacks.

I wasn’t exactly terrified. It just…. caught me by surprise. It always does.

Back when I was a mere three months pregnant with the first and our kind-hearted neighbors started bringing by boxes of second hand kid stuff, I freaked out. I was not going to be one of Those Parents. Whose house is overrun by kids’ toys, whose lives are overrun by kids’ activities. Babies don’t need stuff, I told myself. This pre-stockpiling is completely absurd.

There was one moment in particular– A woman I vaguely knew had called to see if I wanted a baby bassinet. “What’s a bassinet?” I asked. She explained and said she’s bring it by for me to look at. I must have missed her knock at the door, because two hours later when I opened it to go out for a walk, there was an enormous monstrosity of white lace blocking my exit. I gasped. I felt dizzy. I considered taking it straight to the trash, but I am too pragmatic for that. As quickly as I could I stripped off the white lace, hauled the bassinet upstairs and exiled it to a dark closet. Similarly the four huge boxes of cloth diapers. I think I might have even made the woman who brought them by feel bad for dumping them on me.

Lo and behold, a few months later that bassinet became critical to my every day. I would lay the babe in it in the kitchen while I did the few necessaries (a really few).  And the diapers, jesus what an ingrate. I didn’t realize I was being gifted hundreds of dollars worth of extremely nice cloth diapers.

But, they just…. caught me by surprise. I hadn’t thought about diapers and bassinets yet. I was still coming to grips with the fact that I could hardly breathe enough to walk up the mountain trail by our house.

Things have continued at such a pace. I am perpetually several steps behind in the ‘gracious acceptance’ department, always suffering from the arrogant expectation that I would be ‘different.’ Having a second helped drive the point in. I had been adamantly against strollers, but come 6 months pregnant, carrying an almost 2yo up the hill in the Ergo with 20 pounds of groceries strapped on back, my resolve began to melt.

These days I look more or less like any mom. Like a real mom. Kids in the stroller, diaper bag bulging, unwashed hair flying everywhere. Life more or less completely folded around my littles.

I do sometimes long for those footloose days when I imagined what kind of mama I would be, imagined how I would be ‘different.’ Everything is possible in one’s imagination.

But I am becoming more and more comfortable with my place down here amongst the human people. Being a mom with a diaper bag. Thinking in scissors and paint. Finding delight in an old salt can. Being overrun by kids.

In fact on the days that I manage to surrender to my role, I sometimes find myself blissfully happy about the entirety of my mom-ness. Like some earthy Madonna, I feel full with motherhood. Peace descends from above. And it’s good.

Which above all is what catches me by surprise. I am mom. I am okay. 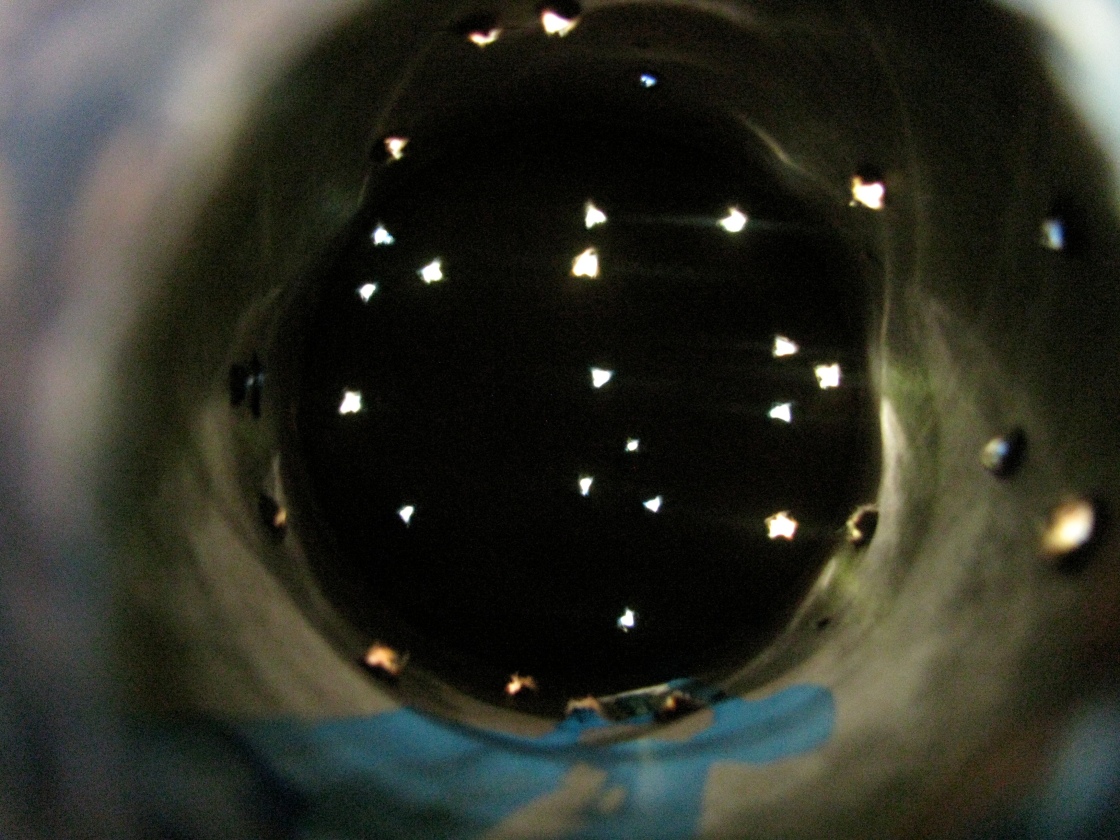 9 thoughts on “By Surprise”