The last several months have meant big changes for our family, for me personally and consequently for this space. As I consider how to re-enter this whole blogging business, I am realizing that my current life and self are rather different from what you have all come to know. Well, I am the same I suppose (more on that in an upcoming identity crisis post, months in the making), but the details are different.

Today I thought I would acquaint you with those changed details, orient you to my new/old place. My posts are bound to change a little up here in Cordova, not their spirit or intent, just their ingredients, and it would be best if you kind of knew your way around.

So, allow me to (re)introduce myself. I am Calamity Jane. I live in the big gray house at the top of the hill with the willow fence and that long row of raspberries, the totally overgrown garden beds and trashy scattering of buckets. Careful not to trip over the kids’ bikes.

This yard was almost all gravel and weeds when we moved in, in 2004. Little token patch of lawn in front, which I busted up practically on arrival. Built up dirt by hand, with river silt and peat hauled in buckets from actual bogs. There’s no topsoil here, none at all. Can’t buy it for any price. This land just barely crept out from under the glaciers.

I had a few years to throw my unbounded energy into garden building before our first babe came along in 2007. I’ve got a long way to go towards my dream of an edible Eden, but the basic framework has been laid, now it just needs to be reclaimed from three years of neglect.

Those hard won beds are now choked with buttercup and the scavenged boards I used to build them are finally rotting. I only had time to clear and plant one small bed this summer, put my energy into the perennials instead. That beautiful raspberry hedge didn’t trellis, weed and mulch itself, you know?

Speaking of perennials, there’s my prized rhubarb. It looks humble enough, straggly to be frank, but those crowns we brought back on a bush plane from some old homesteaders down the coast in Yakataga. We were there to do reforestation work, with our little girl just a babe in a wrap.

This big shed in the backyard is supposed to be my pottery studio some day, when we have an extra several thousand dollars to fix it up. And, if I can talk myself down from converting it to a barn and getting two Nigerian dwarf milking goats.

There’s the old chicken coop, it looks like a witch’s hut under all those drooping hemlock boughs. I am so excited to finally spread around my own aged chicken shit– we left just as my first “crop” was maturing. I also have a giant pile of well-aged compost, having duly done my good work years ago, before even the second baby. I feel rich. This is the stuff of dreams by my standard. When I do finally get those annual beds cleared and rebuilt– boy howdy, they are gonna grow some goodness.

Come on inside I’ll make some coffee. I make a fine cup, if I do say so myself.

Our house is nearly always a wreck, but I’ve learned not to be too embarrassed about it. Occasionally I keep it really clean, and I’m not embarrassed about that either. Sit right here at our wobbly almost-antique kitchen table, it’s the best seat in the house. 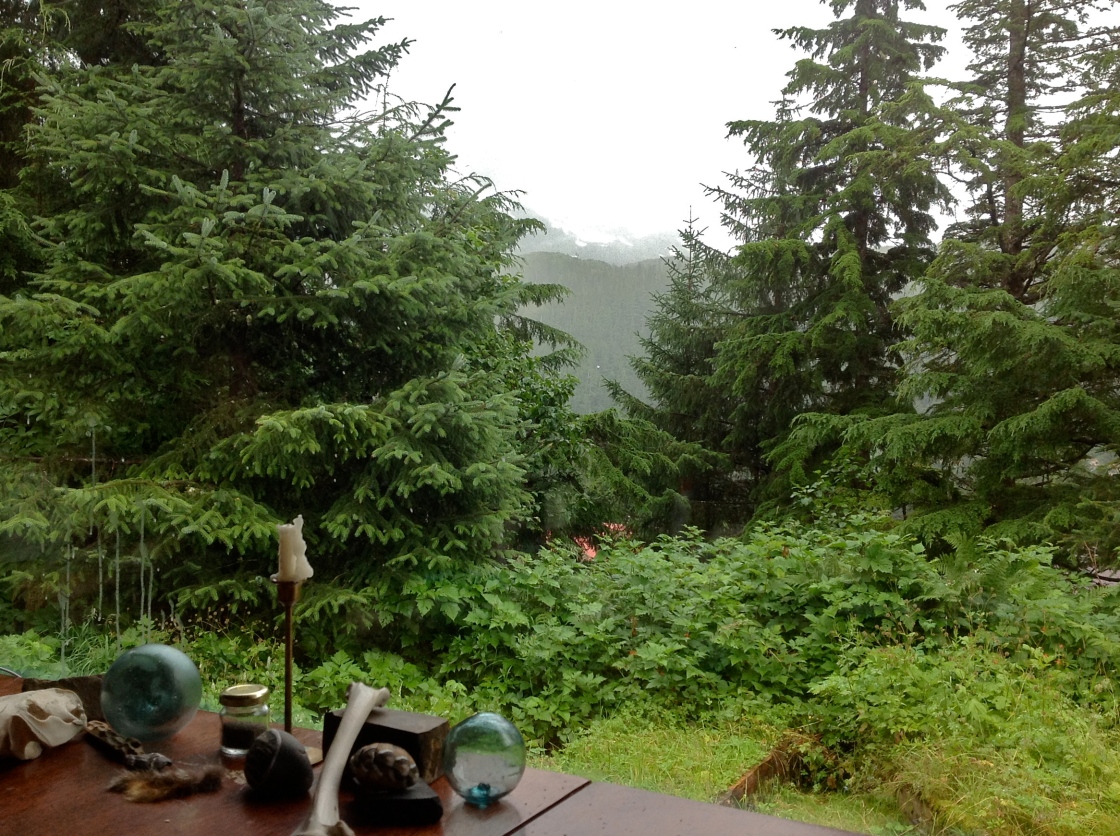 If you get a break in the clouds you’ll have a fine view of Mt. Eccles. I climbed that mountain once, alone, without really meaning to. Got stuck right at that last rocky hump, afraid to go any further but damned if I was going to stop so close to the top. Finally got my gumption up just as a thick blanket of mist rolled in, obscuring what would have been a phenomenal view. But, that’s life in a coastal temperate rainforest…. 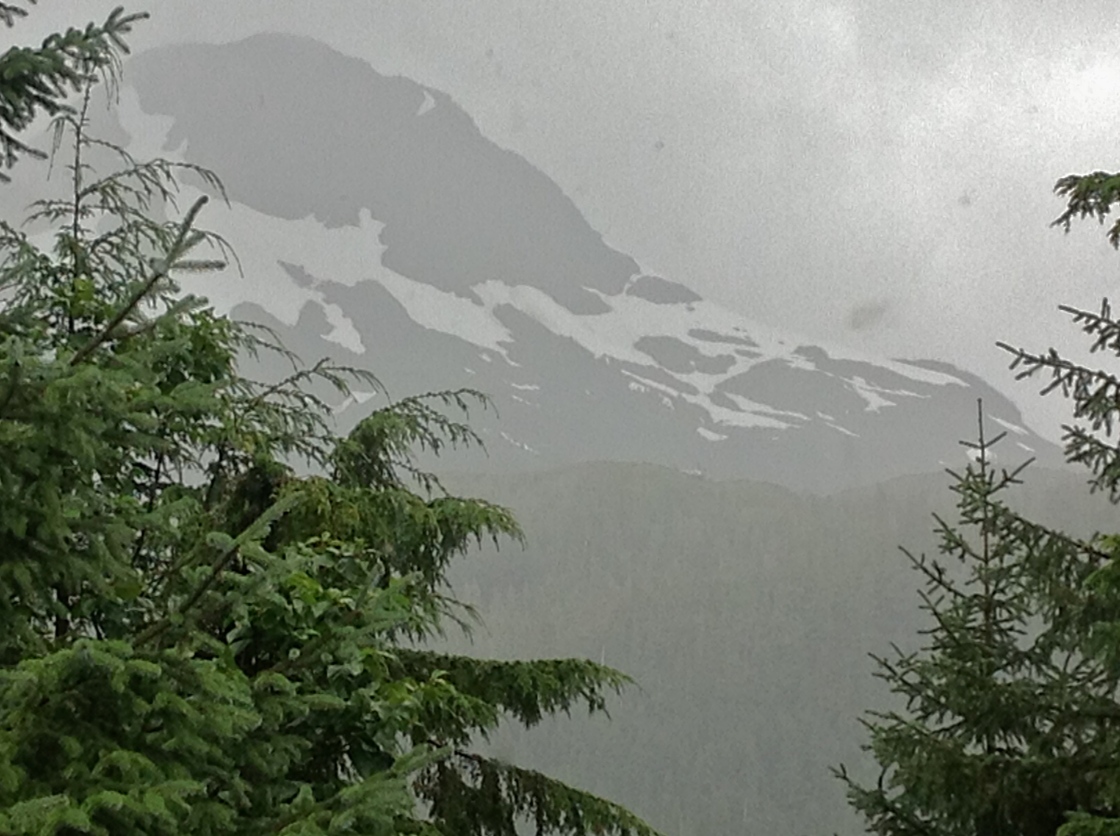 Over here’s my pride and joy– my jar shelf. Built to the exact specifications of a year’s worth of quarts, pints and half-pints. Just a token number of jars now. I’m not gonna show you the bottom five shelves which are just full of cluttery junk. I look forward to crowding that junk out with more local bounties.

“Local food” looks quite a bit different up here. Cordova is a tiny town stuck between ocean and mountains, with no farmable land whatsoever. There is not a single hoofed farm animal for hundreds of miles, there’s no place to grow hay, what would you feed them? I am one of maybe ten people who grows any kind of vegetable garden, and it is meager by anywhere else’s standard. Cabbage is a big stretch here, kale the mainstay.

Instead I fill (or used to, and hope to again!) our larder with sockeye and silver salmon; bear, deer and moose; salmonberries, blueberries, cranberries; chantrelle and hedgehog mushrooms; wild plant pesto and pickles. Not to mention the dumpster, the most productive form of subsistence by exponential degree. (Back where I feel comfortable going out at night, I have been dipping into The Big D again. Last week an entire case of eggs– 30 dozen. Not a single crushed or drippy edge. One day past date, and eggs last practically forever. I would rather be eating eggs from our own chickens obviously, but short of that, I will gladly accept a $90 savings on our grocery bill.)

Cordova has a year round population of 2,500 people. Stop and read that again– 2,500 people. True that in summer it swells to 4,000, but nevertheless, there are no stop lights in this town. There are no fast food joints, no box stores. We leave the keys to our car in the ignition. Kids can walk to school by themselves just like the old days. The small town feeling of it is doubled by the fact that there is no highway connecting us to somewhere else, you cannot drive in or out– you have to fly or take the ferry.

Cordova is a genuine fishing town, home the Copper River fleet. The harbor and canneries dominate the town physically, fishing dominates mentally. Coming back from New Orleans, I’ve been relishing a place so ruled by actual physical, productive work. There are some profoundly ass-backwards things about Alaska (as exemplified on an international scale by Miss Palin, thank you ma’am) but on the flip side are many truly wonderful old fashioned values. In New Orleans, particularly from our ‘safe’ mostly white upperclass neighborhood, I was beginning to wonder if these values were just gone from our country. It made me feel sad and lonely. But here I am again, among kindred! Not to say that this town is all of one mind, not at all, but generally people here place strong value on hard physical work, on practical use over aesthetics (and a consequent acceptance of dirtiness), on trust in our fellow humans, strong community, and an honestly slow pace of life.

Plenty of people here live just as they would live in any city in the US, they drive their car everywhere they go, buy all their groceries at the store, watch cable TV on the weekends and don’t think twice about the world outside their window. But a very good sized portion of people are here because they love this place and they love the rural Alaskan lifestyle. I would say most Cordovans “recreate” in the out-of-doors, if only because that’s just about all there is to do. Hiking, hunting and berry picking are all very popular and, at the very least, everyone drives out the road now and again just to lay eyes on some wilderness. Most folks in this town put up something, usually fish in the chest freezer, if not home canned jars of smoked goodness. Homemade jam is practically pedestrian. There is a salmon festival, a wild berry festival and a mushroom festival. During deer season, the attention turns to hunting. Not everyone in this town participates or even cares about this stuff, but enough people do that it is normal. In July folks on the street are talking fish and boat engines, in September they’re talking deer and firewood. 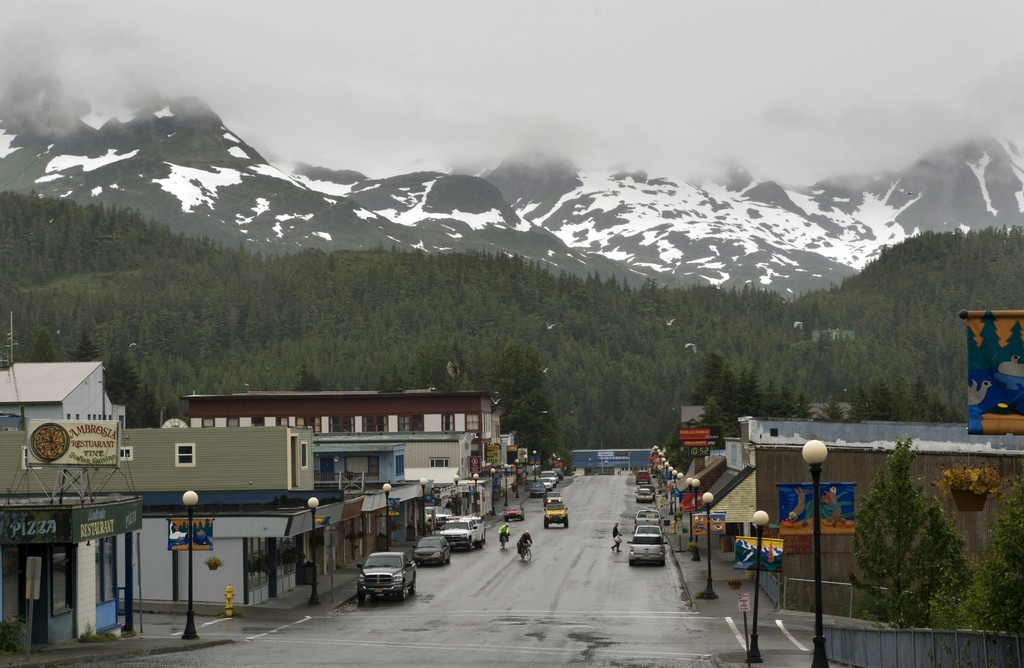 Having just said all that, it bothers me that I put a “regular American lifestyle” at odds with my supposed Cordovan one, because that is the real genius of this place– People span the whole distance. We spend the day hunting then come home and watch TV, we eat fish from the freezer with potatoes from the store, we drive our car when it rains and walk when it’s sunny. Some people are all on one end, and others are all on the other end, most of us are somewhere in the middle, but there seems to be an unusual amount of mutual respect. It’s no utopia, by any stretch of the imagination, but I’ve lived in a number of small Alaskan towns and chose this one partly because the feeling of community and togetherness and acceptance is, I think, truly unique.

But this is not an unabashed love song to Cordova. Being back in this place after the extreme urban charm of New Orleans is not all peaches and cream. We do miss that steamy press of humanity, the bright garish clang of it all. Architecture, history, music, festivals, amazing restaurants, balmy weather; people in all kinds and colors. Coming here was a surreal spatial shift. Everything is just exactly the same as when we left, and I popped right back in like a puzzle piece…. But having led such a different life for three years I find it mind-bendingly weird to just ‘pop right back in.’ As an old friend said in the comments on that Where to Now post, the culture shock is much greater coming back home because I wasn’t expecting it.

The first few months were wacky, mentally. As soon as we stepped off the ferry, New Orleans felt like a black hole which couldn’t possibly have been real. But Cordova didn’t feel real yet either. I was floating in some kind of numb limbo which I am just now starting to ground out of. I’ve still got all kinds of twisty stuff going on in my mind, as you know, but at least I think that I am finally starting to feel physically here. Which is doubtlessly why I was finally able to finish this post, started over a month ago.

It’s seems a bit vain-glorious to explain my homeplace at such length, but context is everything for a girl like me. At some point in the near future, once I get a foothold on it, I am hoping to write about the emotional and psychological process of moving home. I figured you ought to understand where and what home is first. It certainly is a unique place in the world. 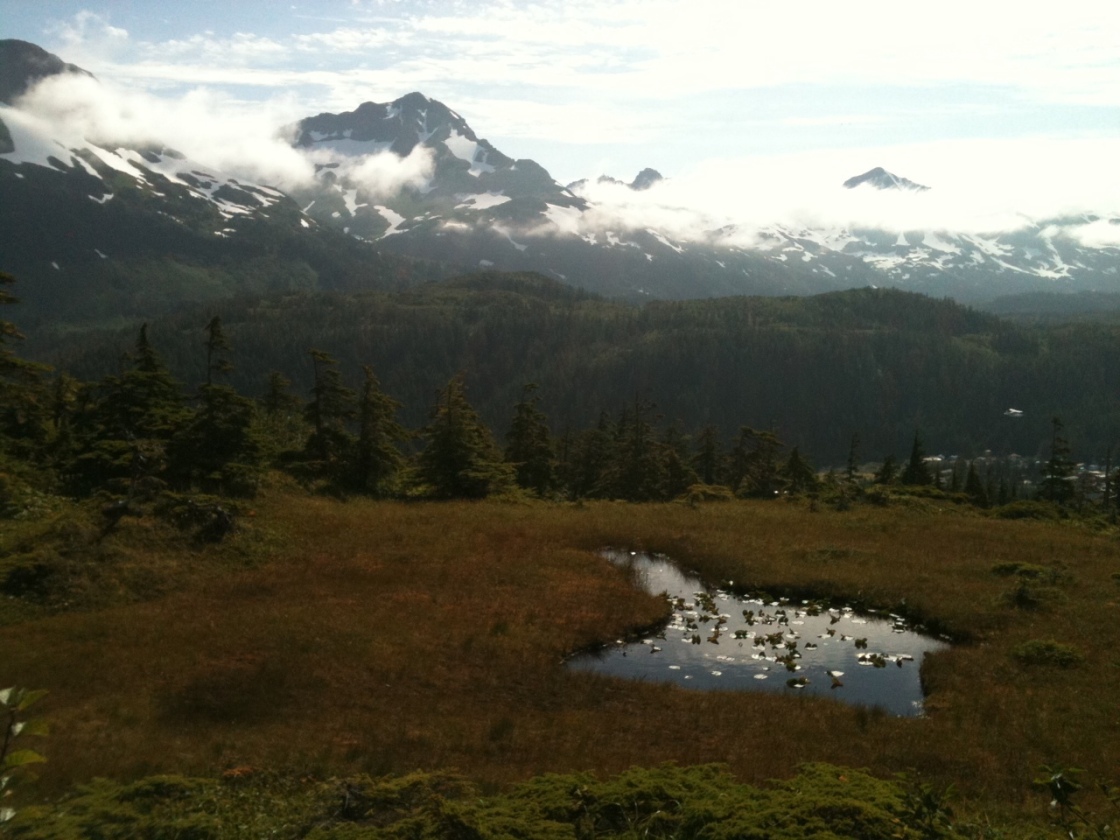 27 thoughts on “Allow Me to (Re)Introduce Myself”