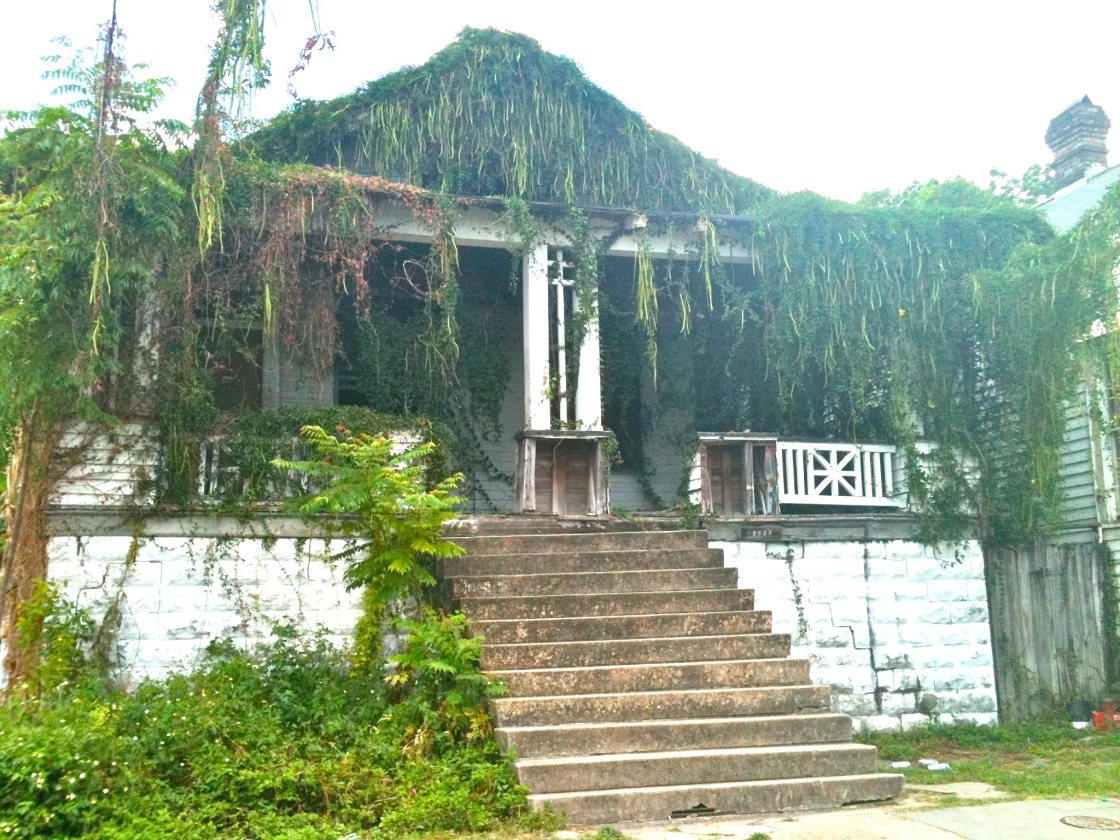 As an Alaskan, I think of weeds as small, relatively demure plants. Dandelion, plantain, horsetail. Buttercups were my hated nemesis back home.

What they call “weeds” here in New Orleans, and the speed and size to which those weeds can grow, continues to blow my mind right out of the water.

When we moved to our new house, I asked the landlord to give me a tour of the landscaping, so I would have an idea what out of the jungle of overgrowth was an intended plant, and what was eligible for culling. These big tropical plants below are apparently a weed called ‘canna,’ which grew out of an old attempt at a vegetable bed (note the block border). This photo was taken in May, when their stature as a “weed” impressed me. They are now more than 8 feet tall and advancing on the remainder of the backyard. And that is not because I haven’t battled them back, on several occasions! 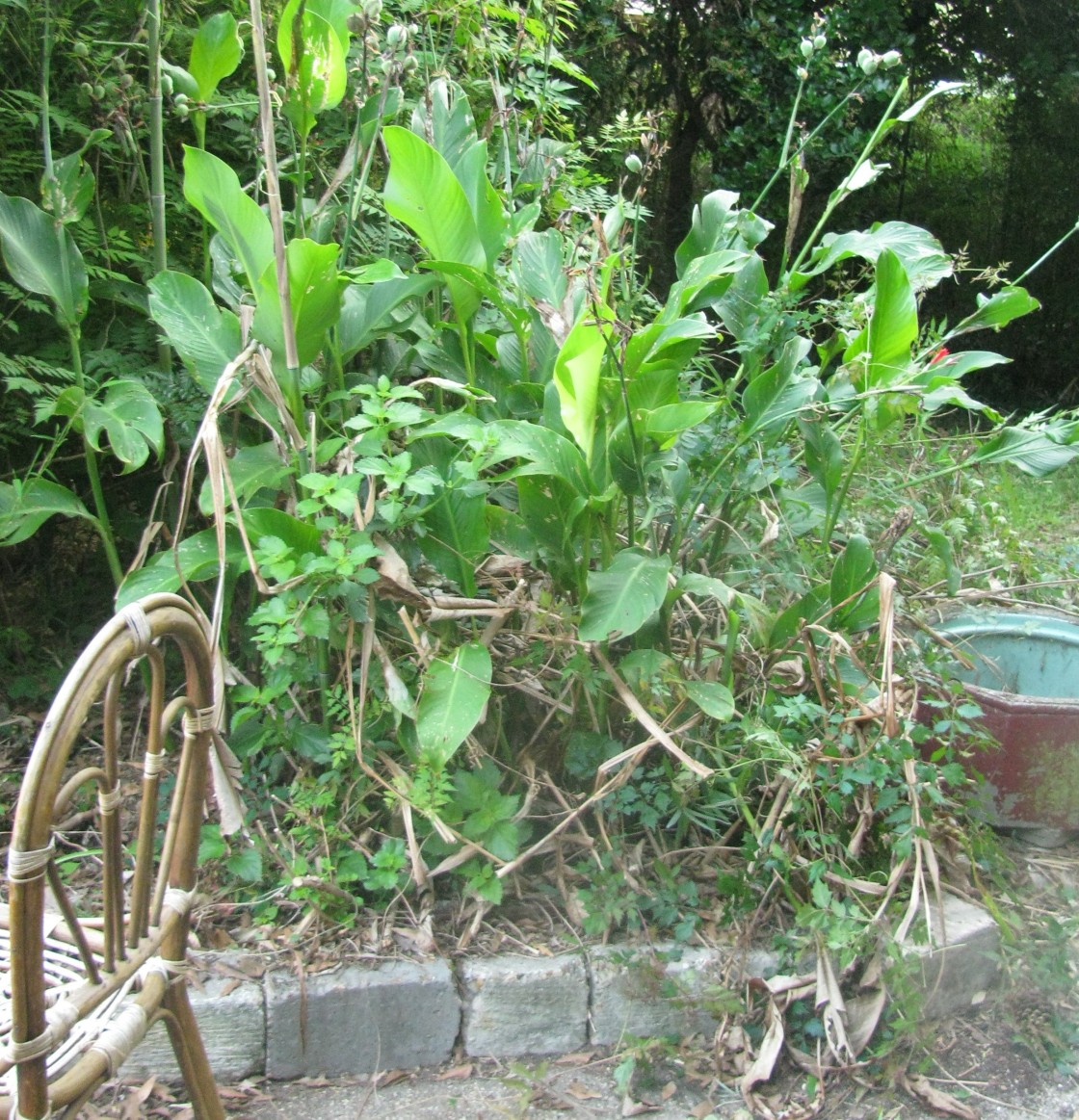 But what really creeps my shit out is the cat’s claw. This photo looks innocuous enough right? Could be ivy almost. Except that this is about a month’s growth. We have to pull these long cat arms down pretty frequently to keep them from reaching the roof.

These innocent looking vines have actual claws on them. They literally climb your house, looking for a way in. 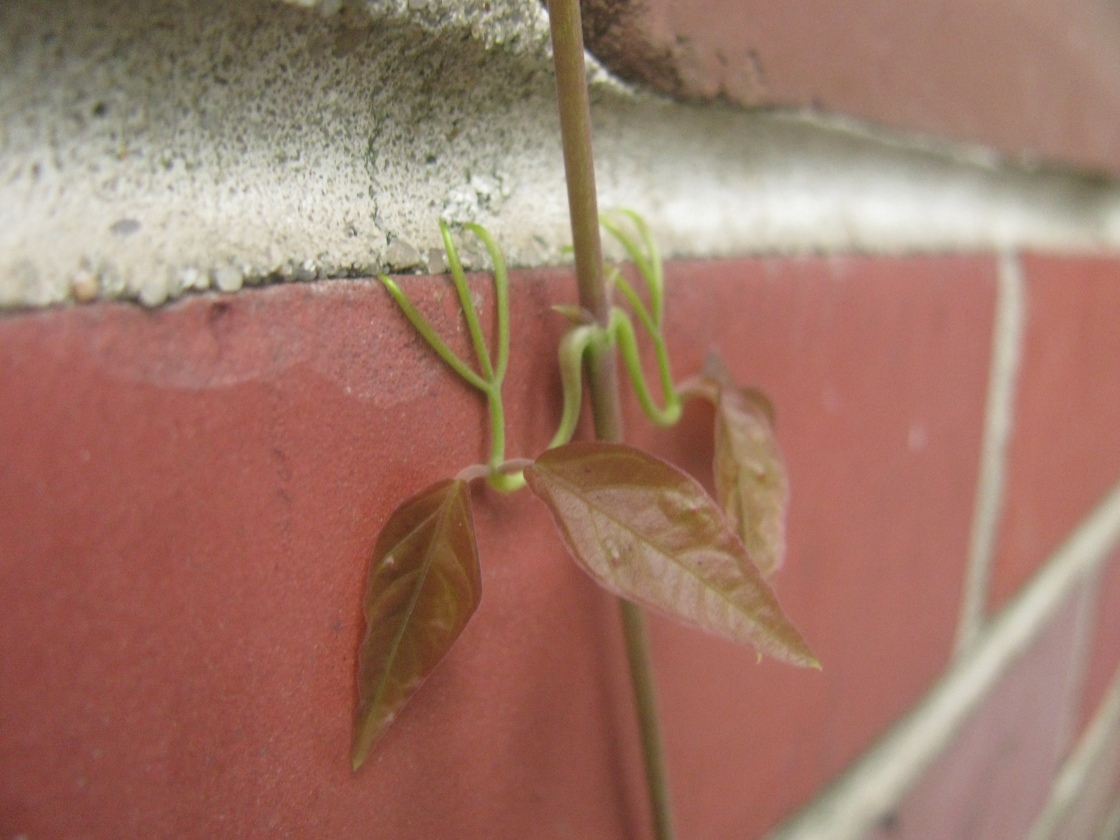 After we got back from our week long vacation, our daughter’s room had one growing in through her window. Yes, it was closed. And locked. The barbed fingers found a crack. The vine was two feet long, reaching for her bedside lamp.

Our immediate neighbor has one of those overgrown yards full of junk that everyone everywhere hates (I secretly am much more comfortable next to a junky yard than a manicured one). But here in New Orleans, there is a special reason to hate such yards. Among the many other “weeds” here are a number that grow up into actual trees. The trees support the cat’s claw. The cat’s claw climbs up over the neighbor’s fence and reaches into your roof.

If you look carefully up under the eaves, you can see the brown shreds of some old cat’s claw that had grown up into the roof itself (before we got here). Imagine your rafters crawling with green fingers, ripping your roof apart. 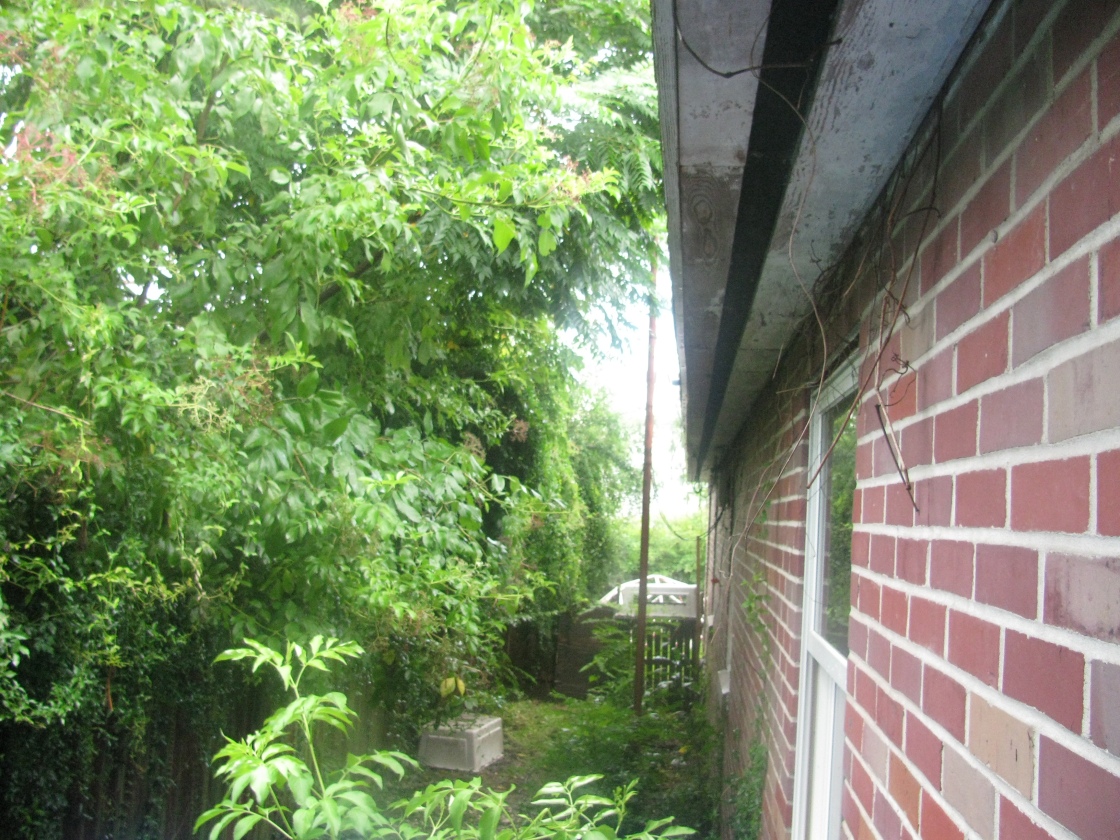 There. Does that make you feel any better about your garden, and it’s summer accumulation of soft, leafy weeds?